Reflecting Jesus' Priority for the Poor and the Sick

REFLECTING JESUS' PRIORITY FOR THE POOR AND THE SICK 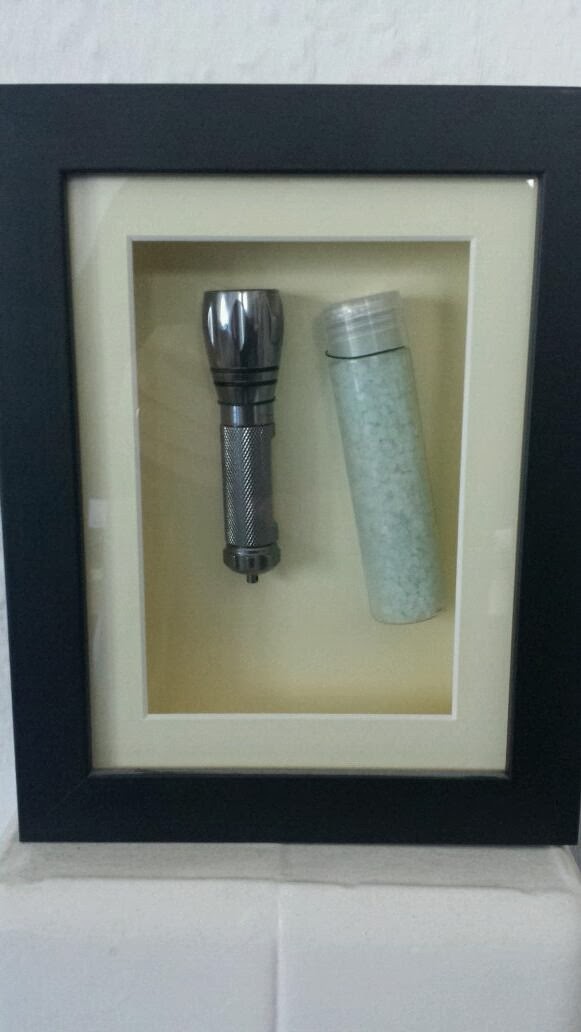 I’ve brought a little visual aid with me this morning.  This is gift I received a few years ago from one of our former members.  It’s a frame containing a vial of salt, and a torch.  Every day, when I look at it on my office wall, I am reminded of Jesus’ call for all Christians to be salt and light to the world.

Being ‘salt and light’ is a phrase that we often use round here, don’t we.  I know I often use it, to encourage us all to be people who make a difference in our families and communities.  But this morning, I’d like us to ponder it a little more…especially as we begin to journey through the ideas that I’ve given you on this card this morning.  What does it mean for us to be able to claim that we are an ‘authentic church’ – and, first, what does it means for us to reflect Jesus’ priority for the poor and the sick. The metaphor I want you to hold in your minds as we do so is the one of being salt and light.

Every Sunday in ordinary time, for the last couple of years, we have been saying the Beatitudes of Jesus together.  “Blessed are the poor in spirit, for theirs is the kingdom of heaven”…and so on.  We do so to remind ourselves that Jesus’s message was meant to be good news for the poor, those who mourn, those who are humble, those who yearn for justice, and so on.

It might interest you to know that for hundreds of years, the Beatitudes were never read in churches, let alone repeated week after week as we do.  In those days, the church was run by the rich and the powerful, and they dictated that these particular teachings of Jesus were rather too inflammatory!  They feared being cast down from their thrones by the poor and the humble.  If people got it into their heads that Jesus’ message was aimed precisely t them, there was no telling what they would do!  So in the days before the majority of people could read the Bible for themselves, the rich and the powerful clerics, bishops and popes tended to be pretty selective in the bits of the Bible that they read out from the pulpit!

I thank God that things are changing.  The newly appointed Bishop of Bath and Wells, for example, is not going to live in the Bishop’s palace.  Instead he will live in a rather more modest former Vicarage.  He is Peter Hancock – a former Archdeacon of this Diocese.  And I rather suspect that he has been influenced by the example of Bishop Kenneth, our previous Bishop, who sold the vast and sprawling ‘Bishopscourt’ in Fareham for the rather more modest Bishopsgrove in which our present Bishop resides.

That’s a pattern we have seen in the Catholic church too.  Pope Francis has given up his papal limousines, and has moved into a hostel run by Nuns instead of the Papal apartments in Rome.  At last, the largest church in the world has a leader who seems to get exactly what Jesus meant by giving his blessing to the poor.

But what about us, here at St Mark’s?  How are we to reflect Jesus’ priority for the poor and the sick?  How are we to be salt and light to the world in which so many poor and sick people live?

Let’s first ask what the difference is between light and salt.  Light shines, of course.  For us to be light, we need to be those who ‘shine a light’ on the problems of the world.  In this sense we are called to be what the Bible calls ‘prophetic’.  We are called to ‘prophecy’ to the world – to point out to the world that it is on a path of self-destruction.  We are called to remind everyone we meet, and in every way that we can, that wealth is an illusion.  However much people may store up for themselves, they can’t take it with them.

I remember shaking my head in sadness a couple of years ago, when a women whose home had been flooded was being interviewed on TV.  She was utterly distraught, because, as she explained, she and her husband had spent the last 20 years turning their home into a palace.  She had marble floors and gold taps.  She had the latest Kitchen, and the finest carpets.  And it had all been washed away in a tide of sewerage and flood water.

How sad, I thought, that this poor woman believed that she would find happiness in feathering her nest at home.  How much less distraught she might have been if she had spent the previous 20 years building friendships and serving other people.  To such a person, a flood is an inconvenience, and no doubt frustrating.  But it needn’t be the cataclysmic end of all meaning that this woman seemed to be experiencing.

It’s one thing to observe such a facet of human nature – to shine light on it.  It’s another altogether to be salt that gives new flavour to human lives.

I know I bang on about this a lot – but I am genuinely and completely proud of every one of you who has supported our community café over the last five years.  The Café truly does add salty flavour to people’s lives.  Only yesterday, during the table top sale, I sat down for a little while with a woman who has been coming to the Café practically since the day it opened.  It so happens that her husband died soon after I came to this parish…his was one of the first funerals I did here.  At the time, I remember inviting his widow to come to the Café, to make some new friends.  Yesterday, she told me that for her, the Café has been an absolute life-saver.  Through it, her whole life has new meaning.  She has made SO many new friends, and has found a place where she is loved and cherished.

Blessed are those who mourn, for they will be comforted by the good news of Jesus…the good news that we are all called to live in community.  We are all called to leave our nests, and belong to other people.  None of us has to live alone, like Silas Marner, with only our gold and our memories.  The Good News calls us out of our homes, and out of ourselves, to be part of the body of Christ.

Everything we do together should, I suggest, have something of that character of saltiness about it.  Over the coming year, I want us to find more and more ways of calling our neighbours out of their homes and into their community.  I want to encourage the new club being formed in our Café, called ‘Monday Friends’  because it does just that.  I want to encourage more generosity towards the needs of our Link diocese in Ho, because caring about others is what ‘salty’ Christians do!  I want to continue to run Café Church, because it draws into community those people who find traditional worship difficult or boring. I want to support the planned re-launch of a Mother’s Union for the parish, because all mothers need our support.   I want to encourage even greater generosity towards the food-bank, and find new ways of being mini-saviours to the homeless or the drug addicted or the simply down-right unlucky in our community.

I invite you to journey with me.  I invite each of you to strain every sinew in the quest to be a truly authentic church that reflects Jesus’ absolute priority for the poor, the sick, the lost, and the lonely.

Are you up for that?  Will you be salt and light to North End?

1a) Reflecting Jesus' priority for the poor and the sick.

2) Having a wide and generous understanding of God's grace - Jesus poured out grace and forgiveness to everyone he met.  Are we the same?

3) Understanding Sin as the absence of Love - How should we understand Sin?  Breaking Rules?  Who decides what is Sin anyway?

4) Encouraging Christ-ians to be producers, not consumers - We live in a consumer society. Is there a danger that some of us ‘consume’ Christianity?

5) Having an intelligent understanding of Scripture - How do we approach the Bible?  A hand-written text from God?

6) Blending the scientific with the mystical - Was the world created in six days?  How did Noah get all those animals onto the Ark?!

7) Being tolerant and open to all - How do we connect with other human beings?

8) Embracing tradition while being open to the contemporary - How can we honour the old and embrace the new?

9) Understanding that forgiveness is How the World is Set Right - Is forgiveness the answer to the World’s problems?

10) Being a Eucharistic Community - How does taking Jesus into ourselves help us?
Posted by Tom Kennar at 14:35

Tom Kennar
A priest in the Church of England... currently Rector of Havant, Hampshire, in the UK. Also Honorary Canon to Portsmouth Cathedral (UK) and two Cathedrals in Ghana, Cape Coast and Ho (Volta Region).